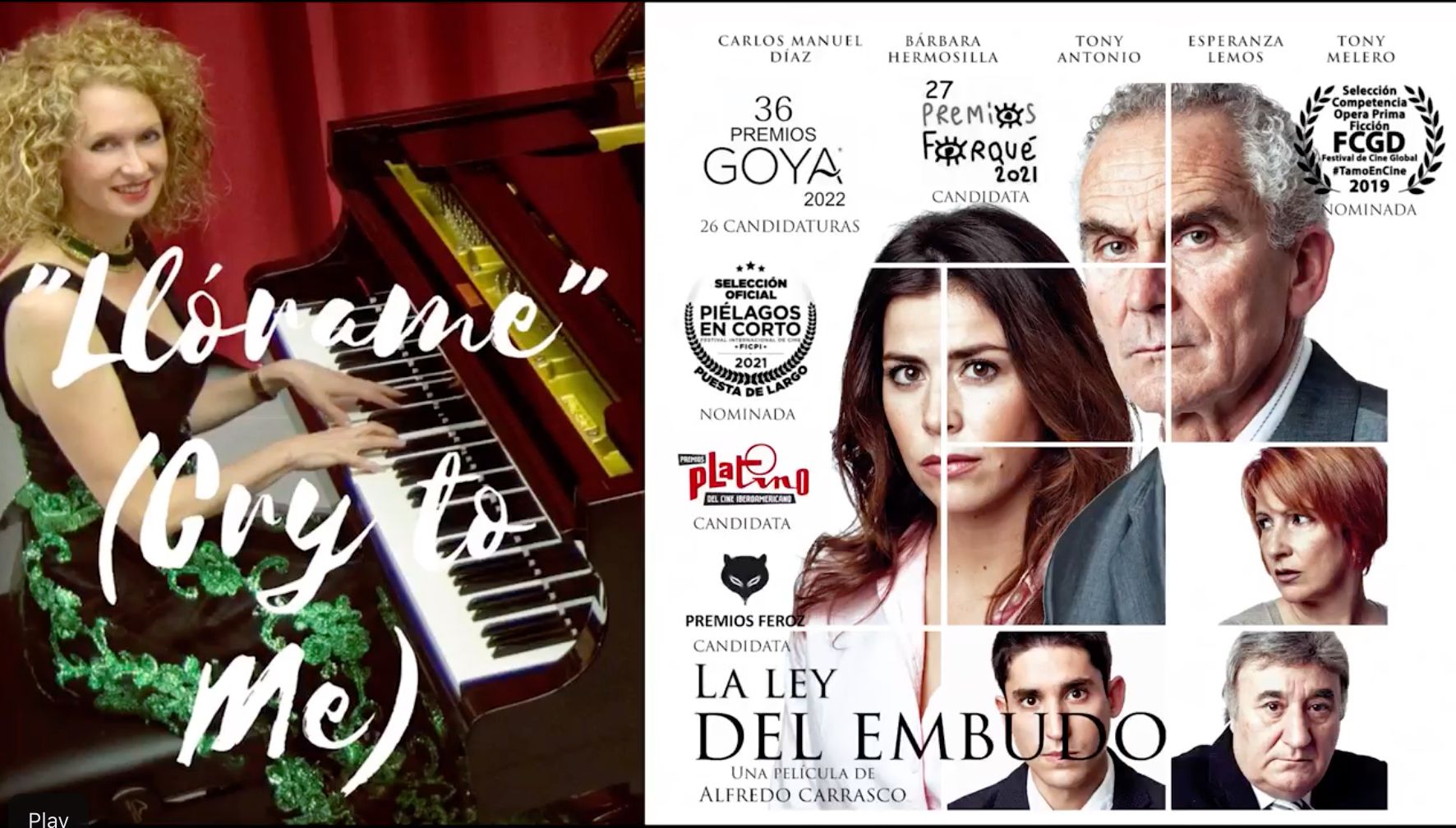 The movie 'La Ley Del Embudo' is now streaming on Amazon Prime. The producer, Alfredo Carrasco, kindly made this montage of how my song Llórame was used in the film, in scenes with the film's star Bárbara Hermosilla, along with some clips of the film's opening in Madrid, when I was invited to sing for the cast and crew. Wishing everyone best of luck for next year's GOYAs (Spanish Oscars)!